Home / Our Club / Our History
â€¹Return to Previous Page

On property at the south end of Grosse Ile, which was once part of the R.E. Olds estate, sits Elba-Mar Boat Club. In 1951, this property was purchased by Roy Hoover and Orville Brown, initially to start a public marina. Grosse Ile Township would not issue a permit for a public marina, but would allow them to establish a private boat club.

So, on February 20, 1953, the Articles of Incorporation were approved by the State of Michigan. The name was derived from the property being adjacent to Elba Island and also that it sat mostly in the middle of a marshy area; therefore, we became Elba-Mar Boat Club. Orville Brown was the first unofficial and self-proclaimed commodore from 1953 through 1956. In 1957, Roy Hoover became the first elected commodore of Elba-Mar Boat Club.

In the 1960s, such things as free Saturday night dances, euchre nights and fashion shows were popular. Also during this era in 1962, the official club newsletter began replacing post cards as a means of keeping the membership informed of various events.

In 1964, Mr. Hoover indicated that he intended to sell the club. At this time, Grosse Ile Development, Incorporated, was formed as a means of saving the club from extinction. They performed several major renovations while the club was in their care, such as dredging the inner channel, installing seawalls and adding utilities to the docks. They owned the club until the membership purchased it in 1974.

During the 1970/1980 era, the clubhouse was remodeled no less than three times. Our old gravel road was replaced with asphalt, gas tanks were replaced and the gas dock renovated, and our beautification committee landscaped the grounds front to back. Two new entrance signs were installed, one from land and one from sea, thus establishing our new logo which you see on most of our publications. Also, new docks and utilities were added on the small boat side of our harbor, completing the renovation of all our docks at the club.

In the last ten years we have had the addition of a new seawall on the canal side of the harbor, and all new electrical throughout the club grounds. We have made major kitchen and bath room renovations as well as numerous beautification projects on the club grounds.

As we approach the future we are looking forward to new blacktop, dock upgrading and the possibility of a new clubhouse.

Our most valuable assets from the past and into the future are our members. They are what makes Elba-Mar Boat Club the best club on the water. 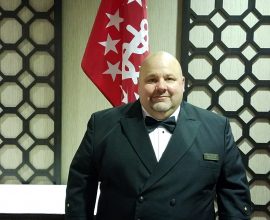 Welcome to Elba-Mar Boat Club. We have a very busy boating season in store. Keep an eye out for emails on additional upcoming events. See you at the club!

©2021 Designed and Managed by The Harbor Masters
Mobile version: Enabled
Back to top

Use the search box to find the product you are looking for.